CHAPA is a civic data project that participants use to democratize how urban data are collected and visualized, by providing tools and techniques that people may use to participate in urban governance and transformation. CHAPA was founded in 2015 by Kristine Stiphany in the context of a National Science Foundation SBE Postdoctoral Fellowship in São Paulo, Brazil, where methods from the LAHN were applied to a large scale household survey about the impacts of slum upgrading in two large informal settlements, with particular focus on how tenure varies spatially across formal social housing projects and informal, incremental dwelling units that accumulate as neighborhoods are successively upgraded. The project resulted in a comparative data visualization tool called ComuniDADOS, which was constructed by Nathan Brigmon and recognized with an American Planning Association Smart Cities Technology Division Award in 2018.

Project 1: The Distribution and Community Experience of Slum upgrading in São Paulo:

This project examined the rise of informal rental in settlements that have been successively upgraded. It uses the CHAPA study’s micro data to refine census data from 2000 and 2010. 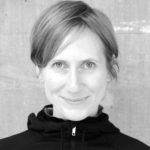 Kristine Stiphany is an assistant professor of urbanism in the College of Architecture at Texas Tech University. She is the founder of the Chapa urban lab for civic data development (www.chapa.io), and her scholarship and activism focus on participatory technologies for social justice and design in urban built environments. Since her Fulbright fellowship at the University of São Paulo (2008), Kristine has specifically looked at the construction and governance of informal, incremental housing in Latin America and especially in São Paulo, Brazil. More recently she has also begun similar work along the U.S. – Mexico border. She is the project lead on a triad of comparative Latin American studios about housing resilience in Brazil, Ecuador, and Mexico, based at Texas Tech and in partnership with Universidade do Mackenzie (São Paulo) and Pontificia Universidad Católica del Ecuador (Quito). Kristine has practiced as a planner and an architect for a number of U.S. – based and international projects.

The L.A.H.N. is a multi-city comparative research project whose primary anticipated product is to contribute new and sensitive policy recommendations to international housing agencies, national and city governments, as well as a series of collaborative publications that will, we hope stimulate further research and creative thinking about housing rehabilitation and urban sustainability.